At three and a half years old, McKenzie cares more about fish than too many adults. She embraces the experience of fishing with an open heart and doesn’t place her own needs above the animals in the wild or the fish in the water. That’s the kind of angler that I want to be.

Instagram is full of heartwarming pictures of kids fishing with their families. I have a lot of those same memories with my daughter, McKenzie. She’s wild, strong-willed, and loves being on the water. But fishing with a toddler is work. Sometimes the fish don’t bite and attention spans are fleeting. Emergency potty breaks are constant. And there’s water safety to consider. Nothing sucks the zen out of fishing quicker than a toddler playing next to a swift current.

Sometimes our fishing trips are more about finding fun new ways to pee outside than making a single cast. But after the pee break, or a tantrum passes, and we finally persuade a fish to take our fly, her eyes light up. That makes all of that work worth the effort. 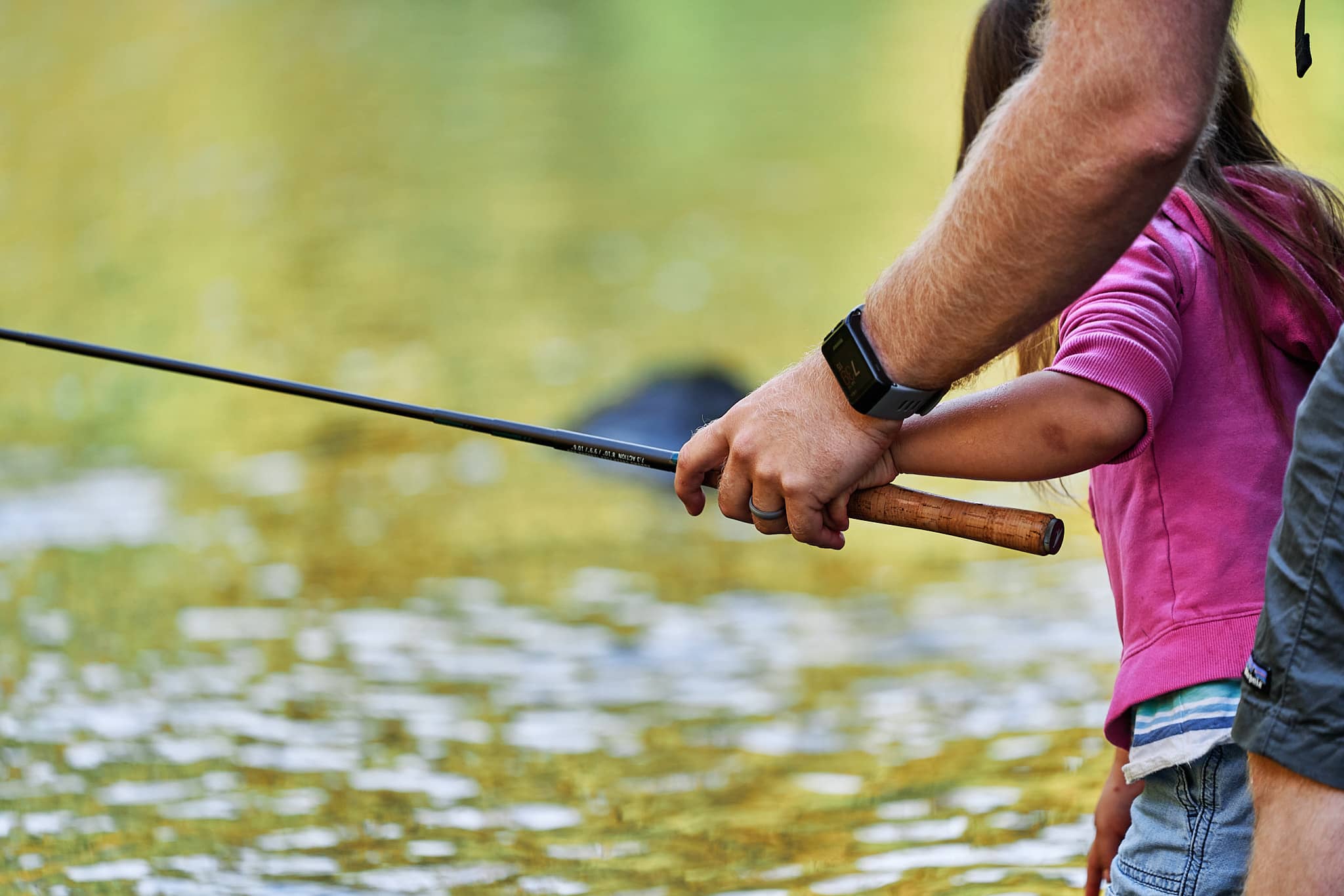 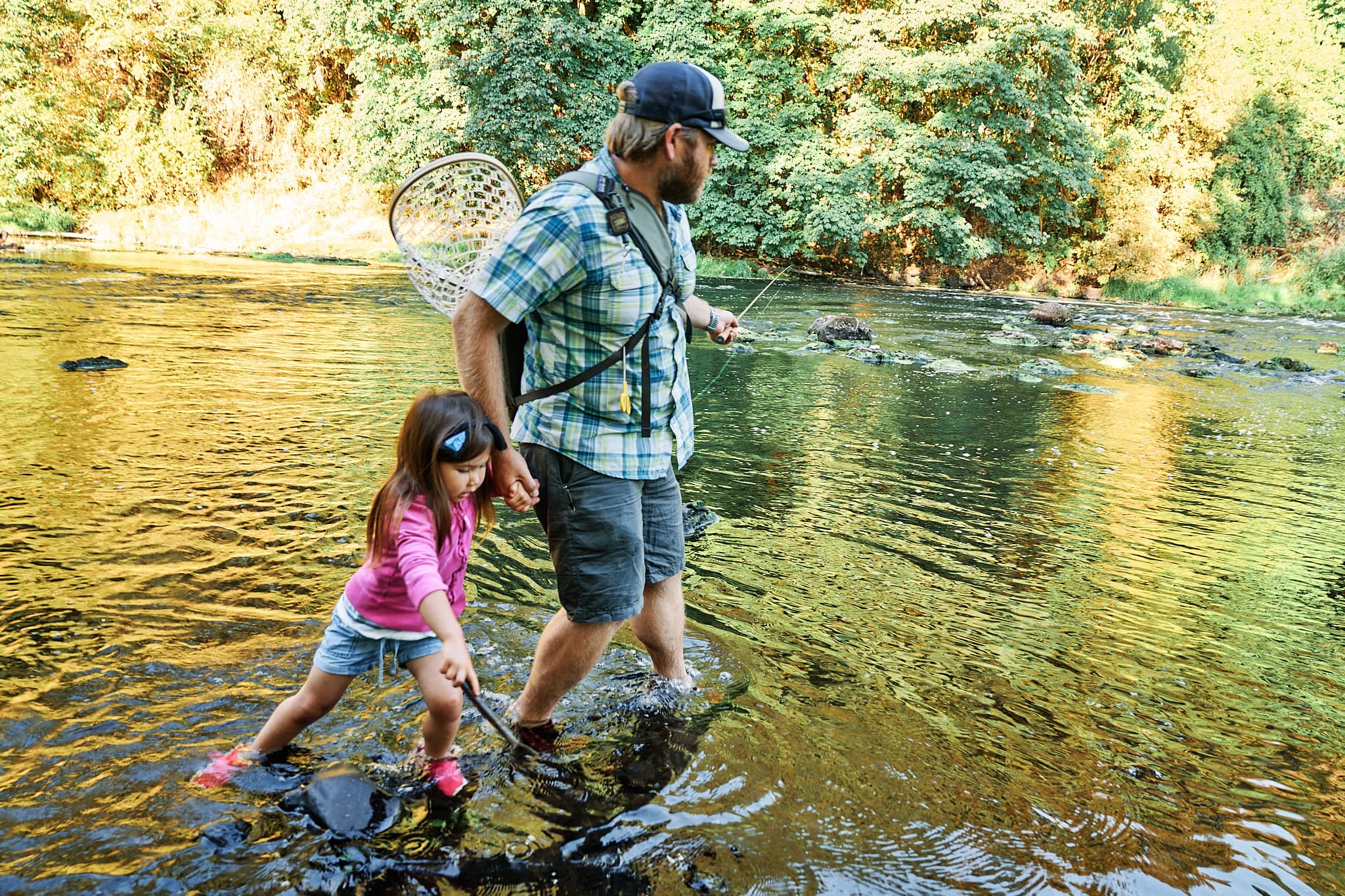 She stops caring about her pile of very special rocks or the stick that her stuffed kitty needs to have. When we have a fish on and I hand her the rod, there’s a funny focus in her eyes as she feels the fish tugging. I know that I have all of her for those few moments.

When we see the first flashes of silver through the water her focus transitions to excitement and a little bit of fear. When we win the fight and the fish is recovering, she only wants to know if it’s ok. She asks, “What’s the fish’s name?”

At three and a half years old, McKenzie cares more about fish and the environment than too many adults. Thanks to educational resources like Keep Fish Wet, she’s starting to understands the basics of catch and release. She embraces the experience of fishing with an open heart and doesn’t place her own needs above the animals in the wild or the fish in the water. And that’s the kind of angler that I want to be.

When I started McKenzie down the fly fishing path it was a selfish endeavor. I just wanted to fish. To do that she needed to be with me. I wasn’t thinking about gender stereotypes or the barriers that women face in fly fishing. But as her angling abilities develop, my education on those barriers is also evolving. Being a parent is helping me understand my role in some of the gender issues that she’ll face as she grows.

"The number one barrier that women face when getting into fly fishing is assumption. Some people automatically assume that a woman doesn’t know what she’s doing. Take a male and a female into a fly shop. Neither of them know anything about fishing. It’s automatically assumed that the guy knows more than the woman."

Watching McKenzie fish has been one of the most rewarding experiences I’ve had as a parent. She’s becoming more confident on the water as we explore new environments. That confidence is starting to seep into other aspects of her life.

But it’s tough for me to escape the idea that there are people who see a girl on the water, rather than a fellow angler. We regularly hear “she’s keeping up with the boys” or “show the boys how it’s done” while on the water. Those words may seem innocent to some, but they also perpetuate the idea that a woman on the water is notable.

In March of 2020 our son, Calvin, was born. As soon as he finds his legs, he’ll explore the local water with McKenzie and I. Calvin’s eyes are already fixated on his big sister. If they both choose to pursue fishing, McKenzie will be part of Calvin’s fishing education.

"When teaching a woman versus a man, it’s interesting because I have to prove myself before a man will take me seriously. Sometimes they need my resume before they’ll take me seriously. But women are usually so open and yearning for that knowledge. I could’ve started teaching yesterday, but it doesn’t matter to them. I know a little more than they do and that’s enough for a lot of women."

We started teaching McKenzie to cast on a wooden dowel with a string attached to the tip. She has now graduated to her own Tenkara rod. Tenkara eliminates some of the complexities of managing a line and reel and leaves anglers with a simplified and intimate experience. And we’re catching fish.

I’m not sure how many three-year-olds understand the concept of side pressure when landing a fish, but McKenzie does. How many adult anglers start counting when a fish is out of the water to make sure it’s safely released? My kid does.

McKenzie is fiercely independent and if she continues to pursue fishing, she’s going to do it on her terms. I know that I can’t protect her from every obstacle that she’ll face as a woman in the outdoors, and I don’t think I’ll need to. She’s strong and the world needs to get ready for her. But, I hope that her fellow anglers recognize her abilities and accept her for who she is. She’s an angler.

"I just want to be treated like an angler, so I try to treat everyone else like they’re an angler."

Amazing! I’m a female angler wanting to teach my 3 1/2 year old son to flyfish so I will have more opportunities to get on the water. Can you explain, or maybe you have pictures, of how you set up the dowel? He can cast and reel a regular pole and is already catching large bass and catfish. Thank you for your help

Hi Keri! Sorry for the delayed response. We kept the dowel simple and drilled a hole at the top, then tied on some nylon string several feel longer than the dowel. The nylon has some weight to it which seems to help McKenzie feel the line. Hope that helps! 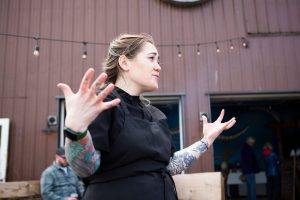 Sara Harvey is an oyster farmer and the executive chef at Alderbrook Resort & Spa in western Washington. Her passion for high-quality local ingredients fused with a direct connection to Puget Sound’s natural environments is as inspiring as it is delicious. 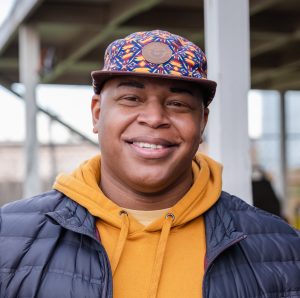 Quincy and Whitni Henry own Campfire Coffee Co. – a wood-fired coffee roaster and shop in Tacoma, Washington. They don’t use fancy machines or gadgets to roast their coffee. The magic that ends up in your coffee cup is the result of wood, fire, smoke, and grit. 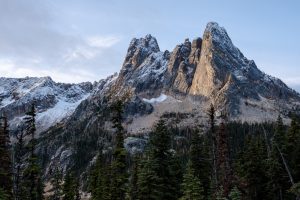 An Affordable Housing Crisis In The Methow Valley

Growing economic inequality and a lack of affordable housing options in Washington’s Methow Valley are forcing some residents and local businesses to take drastic steps to find homes and keep employees.